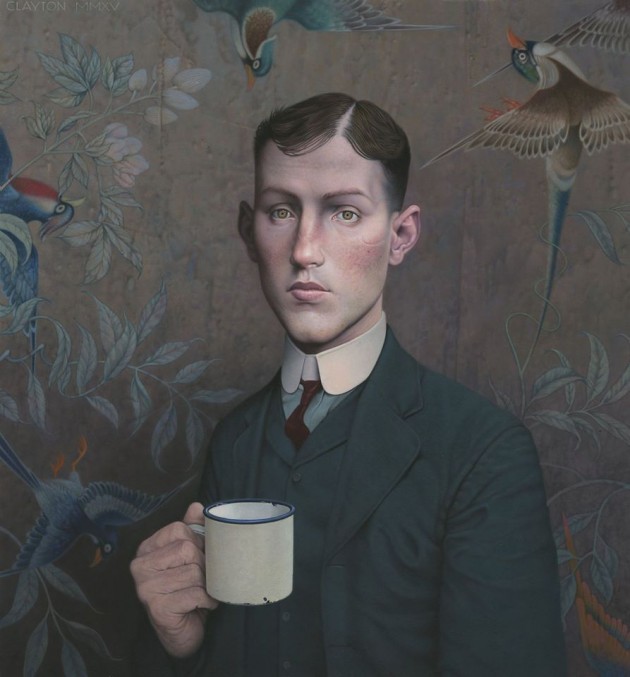 ‘Apres la guerre’ (After the war) was a term used by British soldiers during WW1, a sort of ‘light at the end of the tunnel’ aphorism.‘Apres la guerre, we’ll drink decent tea!’

1918. A young soldier sips his tea from a battered tin mug.
The birds of Paradise writhe, wings as sharp as bayonets, lethal as pistols, entangled in leaves of barbed wire. They fall in attitudes of shock and brokenness.
Memories of a cruelty, impossible to share, impossible for a non-combatant to understand, are juxtaposed against that great British symbol of recovery, a cup of tea.
Posted on September 29, 2015 by Clayton